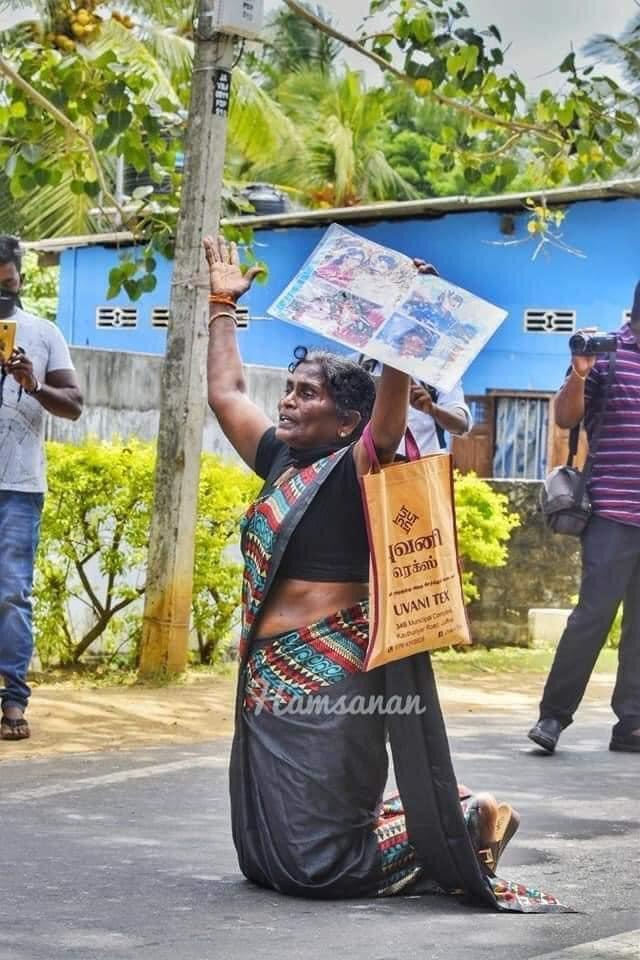 Australian Tamil Congress (ATC), British Tamils Forum (BTF), Irish Tamils Forum (ITF), Solidarity Group for Peace and Justice (SGPJ)  and the US Tamil Action Group (USTAG) stand in solidarity with the victims’ families in Sri Lanka on the International Day of the Victims of Enforced Disappearances.  The families of the disappeared have been protesting the disappearance of their loved ones continuously for over 1,200 days and continue to do so despite the return of the Rajapaksa regime.  A climate of fear has now returned, with harassment and intimidation by the security forces sharply increasing against the victim community. At a protest gathering in Batticaloa today, the Sri Lanka police snatched a photo from a lady confiscating the only photograph in the family’s possession of her disappeared husband. The current Sri Lankan administration has deployed in important positions several perpetrators identified by the UN High Commission’s 2015 OISL report as likely having committed serious international crimes including War Crimes and Crimes Against Humanity directed primarily against the Tamil community. Eleven years have passed since the end of the armed conflict yet approximately 40-80,000 disappeared Tamils are still unaccounted for, including over 18,000 who surrendered at the end of the war, with the Sri Lankan government failing to release any information about their whereabouts. Even those whose surrender was arranged with high-level diplomats were forcibly disappeared and brutally murdered. As stated recently by former Norwegian peace envoy Eric Solheim the “White Flag” surrender and cold blood murder of Tamil rebel officials such as Nadesan and Puleedevan were clearly war crimes. The international community has a responsibility to ensure justice for the victims by setting up an International Accountability Mechanism for Sri Lanka or referring Sri Lanka to an existing international court.  We call on our governments to apply the Global Magnitsky Act and the Global Human Rights Sanctions to all Sri Lankan perpetrators of international crimes and to carefully vet any members of Sri Lanka’s military with whom they have contact.

Seventy-two protesting mothers and fathers of the disappeared have passed away seeking justice and truth about their loved ones since 2017. Young Tamil activists have been abducted, tortured and raped for collecting the names of disappeared. Witnesses need immediate protection as their lives are threatened by the Rajapaksa regime. There is an urgent need to set up an evidence collecting, consolidating, preserving and analysing mechanism through the UN similar to IIIM (International, Impartial, Independent Mechanism) with the purpose of using the prepared files to facilitate and expedite criminal proceedings against Sri Lankan perpetrators on a path toward justice. https://imadr.org/wordpress/wp-content/uploads/2020/02/Joint-Oral-Statement_HRC43_Item-2_GD_Sri-Lanka_28Feb2020.pdf