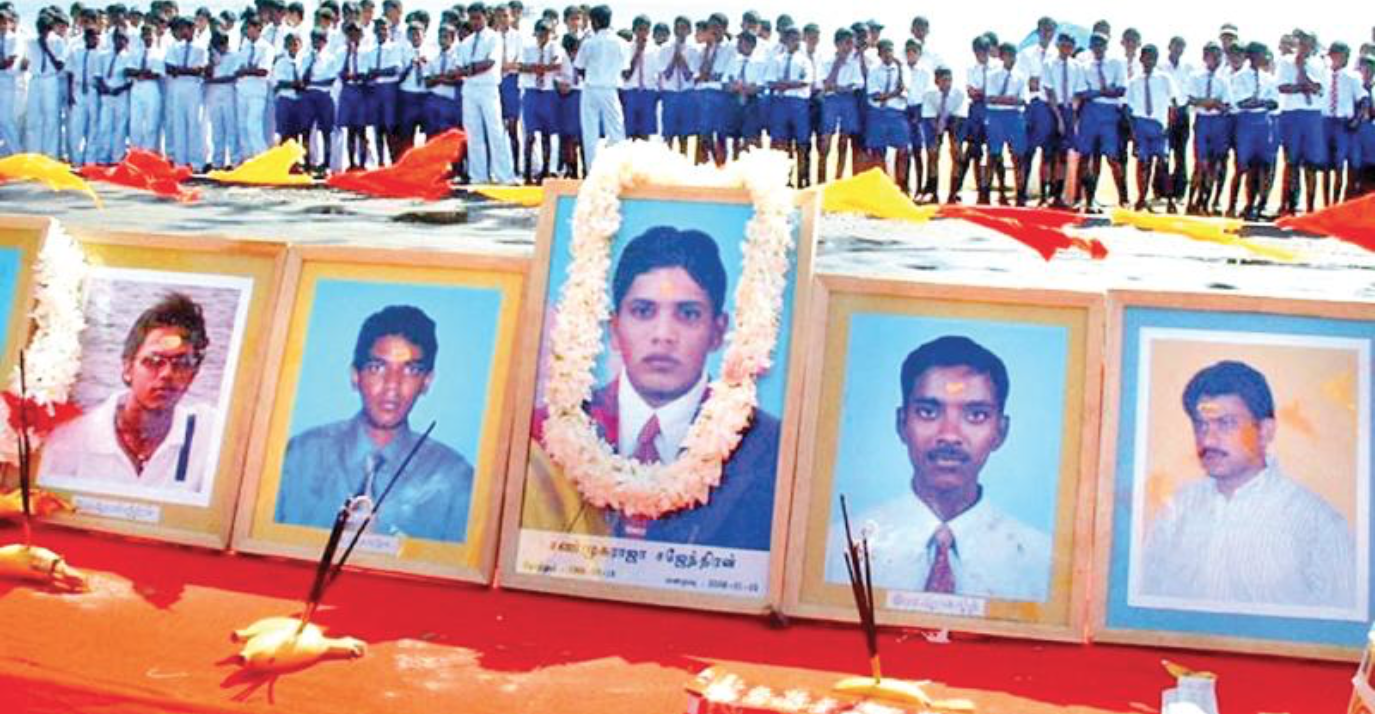 GENEVA, July12,2019: The Australian Tamil Congress (ATC), the British Tamils Forum (BTF), the Canadian Tamil Congress (CTC) and the US Tamil Action Group (USTAG) are dismayed at the reports that the thirteen Sri Lankan Special Task Force and Police personnel charged with the killing of five Tamil youths in Trincomalee on January 2, 2006 were acquitted of all charges and released on July 3, 2019, purportedly due to lack of evidence to continue the case in a satisfactory manner.

The five innocent youths killed were 20-year-old Tamil students with no political affiliations. Though diversionary attempts were initially made by the authorities to link the killings to Tamil militancy, it soon became apparent that these were cold-blooded executions carried out by security forces personnel, thought to be as a warning sign for the Tamil youth from the area.

Early investigations of the incident came to nothing due to a systematic intimidation and fear campaign carried out by security forces, including the killing of two potentially important witnesses and a terror campaign unleashed on the families and other key witnesses to force them to leave the area and the country. And indeed, most of the family members of the victims fled overseas fearing for their lives.

The case – known as ‘Trinco 5’ – remains one of the highest profile killings in Sri Lanka to have received domestic and international attention. Sri Lanka’s own Lessons Learnt and Reconciliation Commission (LLRC) observed in 2011 that there were strong grounds to surmise the involvement of uniformed personnel in the commission of the crime. ‘Trinco 5’ was listed in 2014 by the then UN High Commissioner for Human Rights as one of four ‘emblematic cases’ of the government’s failure to ensure accountability.

In February 2018, the High Commissioner for Human Rights, Zeid Ra’ad Al Hussein told the UN Human Rights Council that the killings were among several on the island that demonstrate ongoing impunity. His report said, “The failure to show major progress in these emblematic cases strengthens the argument for the establishment of a specialized court to deal with the most serious crimes committed by State actors…. staffed by specialized personnel and supported by international practitioners.”

When the case was finally taken to court recently, eight key witnesses failed to appear, among them two who had migrated overseas. Though some allowance was made in recent years to enable testifying from overseas, the changes enacted were grossly inadequate to earn the confidence and trust of the witnesses. However, the case continued to remain under international spotlight – such as a tweet from the former US Ambassador Atul Keshap on the 12th anniversary of the crime noting, “justice delayed is justice denied” – which compelled the government to act even in a limited manner.

The ruling last week, however, has dashed all hope and raised fears that the case will die a natural death and justice will not be served.

Human rights groups have reacted strongly to the judgement. “This was a test case for the Sri Lankan Government to show its commitment and capacity to ensure justice and accountability for conflict-related crimes, and the fact is the authorities have failed. Political leaders that insist there is no need to comply with Sri Lanka’s pledges to include international involvement in transitional justice have just been proved wrong,” stated Human Rights Watch South Asia Director Meenakshi Ganguly. Amnesty International South Asia Director Biraj Patnaik noted that justice had been denied yet again to the families of the ‘Trinco 5’ murder, with a tweet “When will this travesty of justice end?”

It is well known that a few immediate family members of the victims have been valiantly fighting for justice over several years now. We understand and identify with the frustration and shock they must be feeling on this miscarriage of justice and profess our support for their continuing efforts.

The absolute failure of the Sri Lankan justice system was also revealed in another well-known case when six former Sri Lankan army corporals accused of murder and rape in the massacre of 24 Tamils including 13 children in 1996 in the town of Kumarapuram near Trincomalee were all acquitted in 2016, though the involvement of the military in the murder and mayhem was a publicly acknowledged fact.

The outcomes of these cases, under the present Sirisena-Wickremasinghe coalition government, clearly illustrate the collective failure of the Sri Lankan judicial system – Police, Attorney General and Judiciary – which are lacking in will, capacity and direction from the leadership of the country. In fact, Sri Lanka has perfected the art of protecting its security forces and the political leadership by creating a complex maze of lies, deceit, distortions, fear and intimidation. In such an environment, Tamil victims receiving justice in an exclusively Sri Lankan judicial system is next to impossible.

It is the responsibility of all right-thinking people and the international community to ensure impunity is ended in Sri Lanka and justice is served, not only on the emblematic cases, but for all serious cases of atrocity crimes committed in the country.

That is the best insurance to prevent Sri Lanka from returning to its despicable past.

Please click the link here for a pdf of copy of the press release.