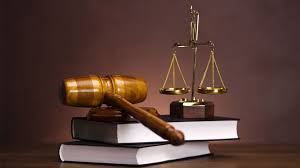 It is with extreme sadness and total dismay, that British Tamils Forum (BTF) has to report of a court judgement which has resulted in a large sum being awarded in favour of a member who made a claim using the Equality Act 2010. The British Tamils Forum faces huge financial liability by way of legal costs and awards “for injury to feelings and aggravated damages”.

The British Tamils Forum which was formed in late 2006 in the wake of escalating hostilities during the last phase of the war in the Island of Sri Lanka, has been at the forefront in exposing the war crimes, crimes against humanity and genocide, committed by the Sri Lankan authorities during the civil war and continuing atrocities against the Tamil people. The BTF, has been successful in exposing the attempts of the Sri Lankan state to decimate the Tamil nation in the island, through the human rights fora, including the UN sponsored body investigating the crimes of the Sri Lankan State. They wanted the BTF nipped in the bud and even went to the extent of declaring BTF a proscribed organisation. British Tamils Forum has survived all these attempts to suppress its activities and continues to make a huge difference in holding the Sri Lankan state to account, in the international arena.

It is against this backdrop that the above court action over a personal issue, which easily could have been resolved via a cordial discussion or mediation, ought to be viewed. A non-profit making advocacy body, aiming to bring justice and peace to Eelam Tamils, had been subjected to a very costly court action to settle matters of personal nature affecting an individual.  BTF, a community-based organisation, resourced entirely by volunteers, has been totally focused on its herculean task of bringing the perpetrators of the war crimes, crime against humanity and genocide, to justice.  In this large scheme of things, it is unfortunate that BTF has been found to have faltered in the manner in which it dealt with a disciplinary matter involving a member.  Unlike large organisations which have professional Human Resource (HR) departments to deal with personnel issues, BTF a community-based voluntary organisation which does not have a similar structure and totally focused on its goal to bring the genocidal Sri Lankan state to justice, has been found to have erred on an HR issue relating to the claimant – a volunteer.

BTF has never knowingly flouted the law and in light of the ruling has reflected on the circumstances which gave rise to this ruling against the organisation.  BTF had to defend its position as it was accused under the Equality act 2010.  It is an undeniable fact that the organisation suffers from lack of active women participation.  This is not unique to BTF and many organisations of similar nature face the same problem due to social factors outside their control.

While we can appeal against this decision which will incur even more resources which the Tamil people can ill afford, we have to bring this to a close so that we may focus on the purpose of the British Tamils Forum.  We have decided to abide by the ruling despite our desire to appeal against it, purely because, a protracted legal battle will only drain us, diverting our volunteers’ time, energy and limited resources away from our main focus of seeking justice and peace for our people.

The British Tamils Forum, acknowledging the inadvertent breach of the principles of natural justice and the procedural lapses in regard to terminating the membership of the claimant, resulting in the court action – an extremely common lapse in community-based organisations run only by volunteers – is determined not to be deterred by this financial setback.  We appeal to our people to render their support to BTF so that we may overcome this distraction and continue our march forward until justice and peace is brought to the people of the long-suffering Tamil nation.

The volunteers of the British Tamils Forum are available to discuss any concerns of our well-wishers, the Tamil diaspora and those who campaign for peace with justice for our people. We seek your support and implore you not to be side tracked by an apparently well-oiled and well-resourced attempt to silence the Tamil diaspora.